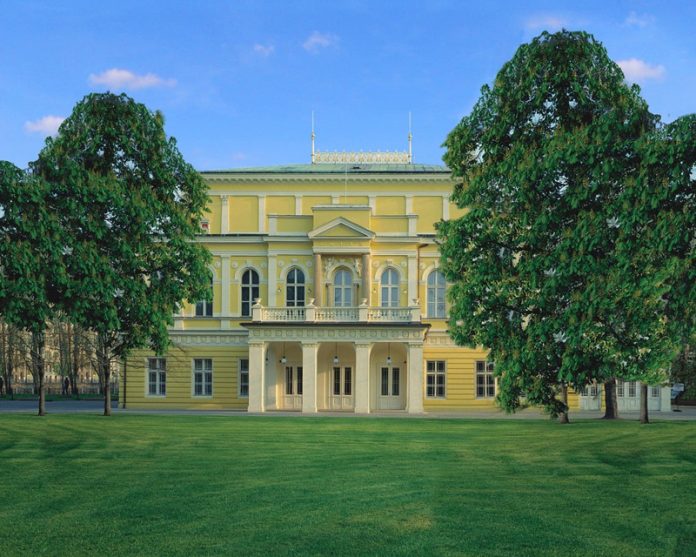 For the very first time in the history of the SME Banking Club, we are so proud to invite you… to the real PALACE for the CEE22 Conference and CEE SME Banking Award Ceremony 2022!

Žofín Palace is one of the famous historical neo-renaissance buildings in Prague (Czech Republic). The detailed location of this exquisite palace is Slavonic Island with an incredibly picturesque landscape.

The history of Slavonic Island dates back to 1784. Firstly, its name was different and sounded like Dyers’ Island. In 1835 Václav Novotný became the owner of the whole island, who began to ennoble this area and organized the construction of the brick buildings.

In addition, 1884 was characterized by a new stage in the history of both the island and the palace. The whole island was redeemed by Prague, and the palace was restored. Furthermore, in the first half of the 90s of the 20th century, the palace was completely reconstructed. The ceremonial halls of the palace impress with their beauty, power, and elegance. The peculiarity of the Žofín Palace is that both its facade and the interior are a frenzied combination of history and modernity.

SME Banking Club would like to warmly invite you to the CEE22 Conference, which will take place in this exceptional place – the Žofín Palace, in the heart of the capital of the Czech Republic.

Register for our CEE22 conference.

See you in Prague on November 25!

CEE22: Digital identity as the enabler of digital transformation

SME Banking Club is an international networking platform of business bankers aimed to provide relevant information on what banks and financial companies are offering for entrepreneurs, micro-, small and medium enterprises (SMEs).

SME Banking Club is an association of business bankers aimed to provide relevant information on what banks and financial companies are offering for entrepreneurs, micro-, small and medium enterprises (SMEs).

Žofín Palace is a venue of the CEE22 Conference!